01. The O-1 Visa Is an Unaffiliated Visa

There is no work visa in the U.S. that is unaffiliated. In fact, most work visas in the U.S. require a sponsor who is legally operating a company based in the United States. Furthermore, the O-1 Visa is only good for one sponsor at a time. So, a foreign national can only legally work in the U.S. for the company or agency that is sponsoring their O-1 Visa at the time. It is possible to switch companies, but then a new O-1 Visa petition would need to be filed with the new company.

02. The O-1 Visa is Transferable Between Employers

An O-1 Visa beneficiary cannot generally transfer their O-1 Visa from one employer to another without filing another O-1 petition with USCIS. While it’s understandable that some employment situations do not work out, in order to legally switch employers, the foreign national would need the prospective employer to file an O-1 Change of Employer Visa petition on behalf of the beneficiary. While the preparation for this process usually takes less time and is easier than for the original O-1 Visa petition, it is still legally necessary in order for the foreign national to switch employers. There are situations where filing of another O-1 Visa Petition is not necessary if the foreign national was sponsored by an agent on behalf of multiple employers and such employment was specifically mentioned in the submitted itinerary.

03. You Can Only Have One Employer With the O-1 Visa

While you may have heard people refer to it as the “artist” visa, the O-1 Visa is actually meant for foreign nationals who can show extraordinary ability in any chosen field. In fact, the O-1 Visa has two subcategories to accommodate the different career paths that it covers. The O-1A Visa is specific to people who are extraordinary in business, education, athletics or the sciences. While the O-1B Visa covers people in the arts and entertainment industries, including film, television, photography, hair and make-up artists, and painters.

06. Only Specialties Listed on the USCIS Website Qualify For the O-1 Visa

While the O-1 Visa is designed for those specialties, a petition for the O-1 Visa could also be made for chefs, agents, producers, publicity directors, gallery owners, graphic designers, marketing directors, and more, as many of these specialties actually fall under one of the listed ones, like business or art. The most important part of petitioning for the O-1 Visa isn’t so much what you do but that you are able to adequately prove to USCIS that you are extraordinary and distinct in your ability, through various forms of proof and documentation, that are part of the O-1 Visa Basics and listed on the USCIS website.

07. You Need An Academy Award or Nobel Prize to get the O-1 Visa

While winning a major international award would qualify a foreign national for the O-1 Visa, it is only one of the eight categories of requirements, and since an O-1 Visa petitioner needs to only complete or qualify for three out of the eight categories, it is very possible to get the O-1 Visa without such a prestigious award. In fact, most foreign nationals with the O-1 Visa are not famous to the general public at all, but are actually just hard working people who specialize in the various fields of tech, business or science.

08. Getting Evidence For Your O-1 Visa Petition is Hard

It might take a little time and guidance from a patient immigration lawyer or immigration consultant, but having articles published about you or ones that you’ve written just takes a little time with the use of a contact or acquaintance in your local newspaper or even a blog. Your boss, co-workers or acquaintances that work in your field that can vouch for your abilities can write your letters of recommendation. Becoming part of an organization is also easily done, and having your work judged by others in your field is only a matter of entering a contest. In fact, you don’t even have to win the contest, as simply placing in it is enough to be recognized by USCIS for your O-1 Visa petition.

09. You Need to be a Celebrity or Superstar to get the O-1 Visa

This is not true. Nowhere does it say that you have to be famous or a celebrity in any way. Evaluating an immigrant’s petition for the O-1 Visa is a very subjective thing, therefore the objective criteria set forth by the USCIS is there to act as a guideline. There are actually many individuals who the general population would not recognize, but might still qualify for the O-1 Visa based on their work, such as senior level engineers, business executives, etc. In fact, most foreign nationals don’t even realize that with the help of a good immigration attorney and a little time to work on compiling all the evidence and documents they need, they could easily qualify for the O-1 Visa.

10. Only the Top Person In an Organization Qualifies for the O-1 Visa

A common misunderstanding that only the top person in an organization can qualify for the O-1 Visa. However, if there are multiple people who have significant roles in an organization, then they could all qualify for the O-1 Visa based on their varying skills and experience. So, if for example the CEO of a company gets the O-1 Visa, and he requires the presence of his CTO and a senior level engineer, they can both apply for and possibly receive the O-1 Visa because they have different specialties and don’t perform the same job.

Either a company or an agent based in the United States can sponsor an O-1 Visa, however immigrants cannot be their own sponsor. When that happens, the O-1 Visa beneficiary can only work for that employer, or if the sponsor is an agent, then the foreign national can work for multiple employers under that agent. If the O-1 Visa beneficiary is an entrepreneur, who sets up a U.S. based business, then under some limited circumstances, the business might be able to act as the sponsor for the O-1 Visa. Entrepreneurs can also apply for the E-2 Investor Visa if they are an active and significant investor in a U.S. based company.

To do any kind of work in the U.S. for any length of time, even just for one day, foreign nationals need to be authorized to work in the U.S. The O-1 Visa can be issued for one day of work, such as for filming a scene in a commercial, or meeting with an executive to complete a business transaction. Without a work visa, the foreign national will not be legally allowed to do any kind of productive work in the United States. If an immigrant does not qualify for the O-1 Visa, the H-1B Visa can be a good alternative.

13. Having an O-1 Visa Means You’ll Get Approved in Future Petitions

This is not necessarily true because O-1 Visa petitions are reviewed by different officers that have their own subjective views on any particular case. So, while one person might think the case warrants the O-1 Visa, another officer reviewing the case some time later, might disagree and choose not to renew the O-1 Visa. This often happens when a foreign national’s O-1 Visa case is not very strong due to lack of substantial evidence, or if the work appears to be ending. Another reason why your O-1 Visa might not get renewed is because immigration laws are always changing, and so what may have passed just a year or two ago, might not be enough when you file for the O-1 Visa again.

It’s actually a common misconception that since the O-1 Visa requires “extraordinary ability” and the EB-1-1 is the Green Card is called the “extraordinary visa” that their requirements are the same and the O-1 Visa can easily be upgraded for the EB-1-1 Green Card. However, very few people have been able to make that transition because to qualify for the EB-1-1 Green Card, the evidence is scrutinized even more and a foreign nation would have to be a much higher level of extraordinary ability or skill in their field to the point that their work actually benefits the United States.

While the cost for applying for an O-1 Visa and relocating to the U.S. can average at $7,000 USD, PassRight offers sponsorships, free financing and income sharing agreements to qualified applicants. This would allow you to apply for the O-1 Visa without incurring high interest rates, and if you use PassRight’s income sharing agreement service, then with no money upfront, as you will only begin to pay back your debt to PassRight when you receive your first paycheck in the U.S.

Four things you should know after your O-1 Status approval

How PassRight Can Help You

Coming to the United States with the O-1 Visa has never been easier. However, immigration laws and the challenges of applying for a U.S. work visa, especially the O-1 Visa can be complicated and confusing. Before applying for an O-1 Visa or a Green Card, you should consult with an immigration attorney experienced in handling O-1 Visa and EB-1-1 Visa petitions. 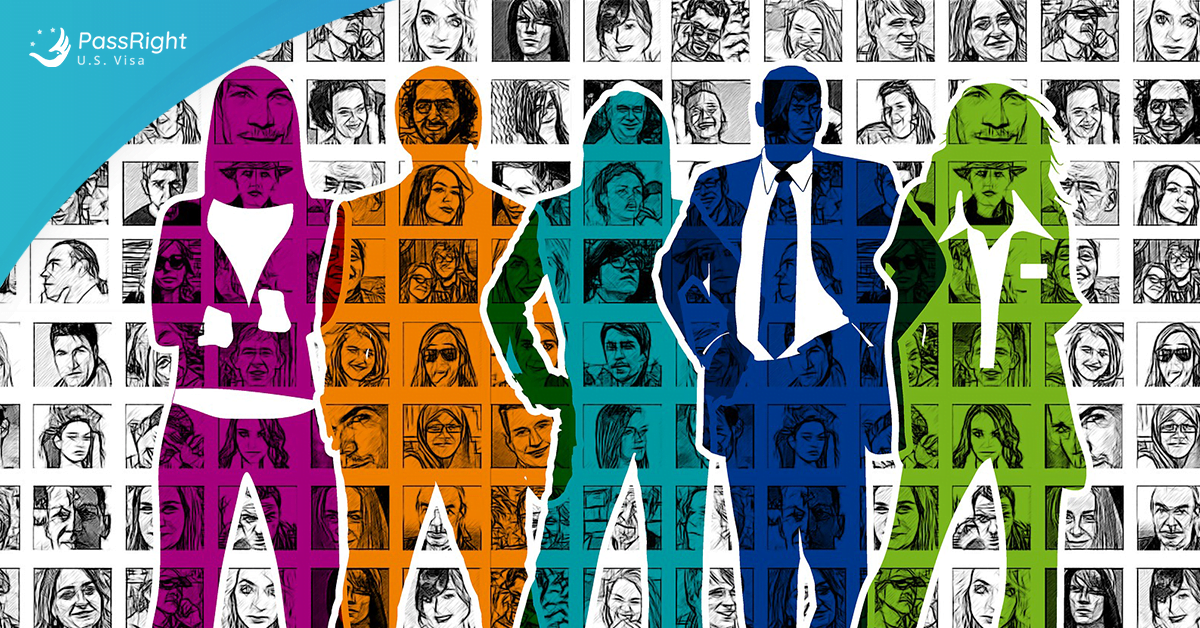