Summer is in full bloom in the United States. The red, white and blue is also waving proud on the flags of every business and many homes across the country in celebration of America’s 243rd Independence Day. Many immigrants and foreign nationals around the world long to come to the United States to follow their passion and further their career. While everyone in the U.S. celebrates the country’s Independence Day with festivals, picnics and fireworks, for many the holiday is also a time to honor and celebrate personal achievements and independence from private or professional matters. For those who get the O-1 Visa, you could be celebrating your very own Independence Day in the U.S. this time next year.

The O-1 Visa is the only visa that can eventually be used to qualify for the EB-1 Visa, also known as the U.S. Green Card. As of July 1, 2019, those who currently have the EB-1 Visa can begin applying for permanent residency for their immediate family members (F2A Category), including spouse and unmarried children who are under the age of 21. This is significant because the window is only guaranteed to remain open until the end of August 2019. Both the I-130 and I-485 forms will need to be filed before scheduling an immigration interview. However, both the EB-1 Visa holder and all family members must be in good and legal U.S. standing in order to be eligible. This is especially important for those immigrants who have family in countries where the waiting period can be particularly long, such as Mexico, China, the Philippines, and India.

While the window of opportunity for the F2A category may close at the end of August, there is currently no cap or limit on the O-1 Visa, also known as the “extraordinary ability” talent visa, or for the immediate family members of O-1 Visa foreign nationals.

Many EB-1 holders began their immigration journey with the O-1 Visa. Qualifying for the O-1 Visa gives foreign nationals their own kind of independence from low wages, restrictive governments and narrow career paths in their home country. According to CapRelo, a mobile mobility management company, as of 2018, the United States boasts the highest average salaries for jobs in the tech industry. As shown, the average salary for a software engineer in the U.S. last year was well over $90,000 while in places like India, it was less than $20,000 and in Russia, just over $30,000. Those who obtain the O-1 Visa are at the top of their career and can easily garner $140,000 or more in the U.S. in beautiful areas like Silicon Valley in Northern California, coastal regions like Florida and Texas, and even in large cities on the East Coast, like New York City. With the O-1 Visa, the career possibilities in the U.S. are as limitless as the wages.

One of the biggest challenges in getting the O-1 Visa is to believe that you are good enough for it. Many times, we can just as easily talk ourselves out of something or allow others to do it for us. When we grow up in poverty, live in a country of limited opportunities and low wages, it might seem like we are not right for the O-1 Visa. However, the U.S. government does not care that you grew up poor, or did not make a lot of friends in school or that your family does not see how talented you are. USCIS has very specific requirements and if you can fulfill them, then you qualify for the O-1 Visa and will be welcomed in the United States as a leading expert in your field. It is sad to know just how much of the world is still living in poverty, but with the O-1 Visa, you can be free of that mindset and of those low standard living conditions. The United States offers O-1 Visa foreign nationals highly competitive wages, paid holidays, beautiful living spaces, excellent schools, and unlimited potential for job growth. With the O-1 Visa, foreign nationals and their spouse and children will not have to worry about having to go without meals, worry about affording a good education, or stress about living paycheck to paycheck. With many O-1 Visa applicants earning well over $200,000 USD a year, those concerns and others will be a thing of the past.

With just over a year left in the current U.S. Presidential term, election debates on many hot topics are sure to hit the news this summer. Not the least of which will be the tense issue of immigration. However, the O-1 Visa bypasses this topic as foreign nationals with the O-1 Visa are considered to be highly sought due to their “extraordinary ability.” Even current Republican President Donald Trump in a tweet to H-1B holders said, “We want to encourage talented and highly skilled people to pursue career options in the U.S.” While he was addressing H-1B holders, whose 2019 enrollment period has since ended, the O-1 Visa has higher qualifications, does not have any caps or limits and exceeds his requirements of a new merit-based immigration system.

According to the USCIS website, to get the O-1 Visa, a foreign national needs to either have won an international award, or be able to fulfill just three of the other requirements, including, but not limited to having an article published about their work, being on a panel with those in their field, having been judged by those in their profession, though winning is not a requirement, and being a member of an established professional organization in their career. Another requirement is to be able to provide multiple letters of recommendation but those can come from colleagues, professional acquaintances or anyone who can speak to the quality of your work and experience in your career. President Trump’s goal of creating a more merit-based immigration system for the United States likely comes from the fact that just one immigrant with an advanced STEM Degree creates 2.62 new jobs in a related field, and immigrants are twice as likely to start a new business, which will also create new jobs. However, this is not only the view of one man. An article in the New York Times covering this U.S. Democratic debate stated, “nearly all of the Democratic hopefuls in this past week’s debates offered a sharp example of how the Trump administration’s immigration policies have pushed Democrats to the left, embracing ideas that would have been seen as unthinkable before the Trump presidency.” While the Democrats were deliberating on illegal immigration, the positive effects that legal immigration of talented foreign nationals has had on the U.S. are being recognized by many as can be seen by the drastic change of opinion shown in the graph below. Just twenty-five years ago, 63% of the U.S. population had a negative view on immigration and believe that immigrants were a burden to the country. Now, in 2019, it is clear to 62% that immigration, and especially talent based visas like the O-1 Visa, actually strengthen the United States by bringing their talents to this country where they work hard, create jobs, and build their lives.

If you do not yet have the EB-1 Visa or are just beginning your O-1 Visa journey, PassRight is ready to assist you in all your needs. While the O-1 Visa is meant for those who are at the top of their career, it is actually not as difficult to get as one might think. With the help of the O-1 Visa company, a little time, patience and hard work toward the O-1 Visa application process, anyone who currently works in the tech field can get the O-1 Visa. If you dream of furthering your career, making more money than you ever have, or living in the U.S. then apply for the O-1 Visa today. You could be working in Silicon Valley and walking along the famous Pier 39 in San Francisco in as little as one month. The O-1 Visa is given for up to three years, and can be renewed every year after that. So you can enjoy many Independence Days to come, complete with festivals, picnics and fireworks. To find out if qualify for the O-1 Visa, fill out the free and quick PassRight questionnaire. 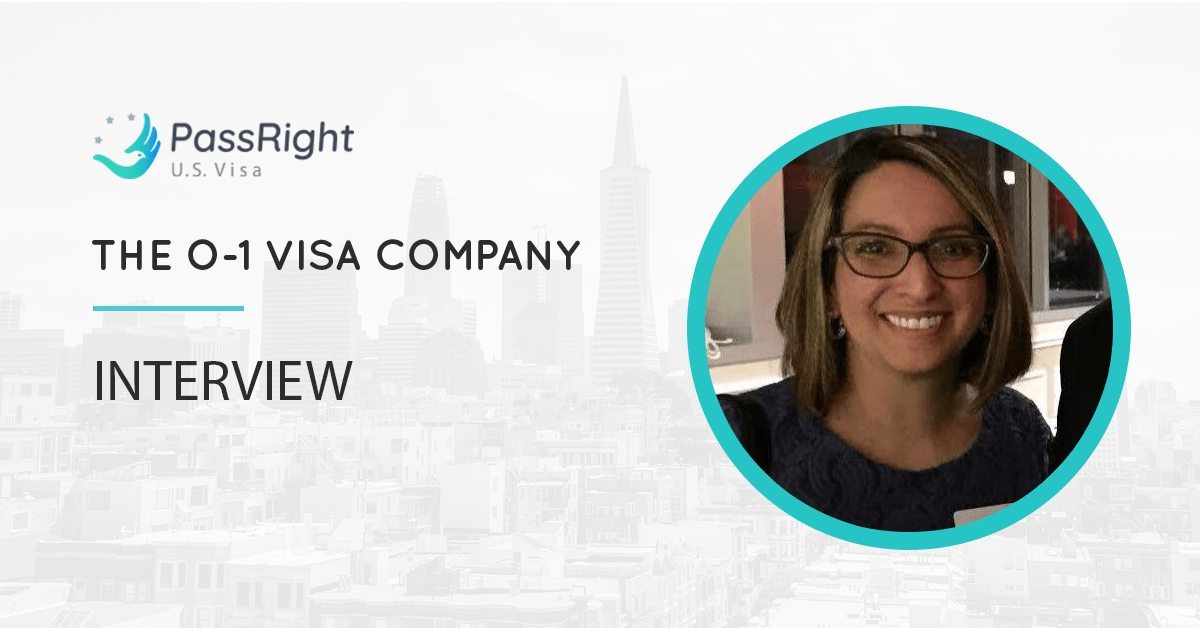 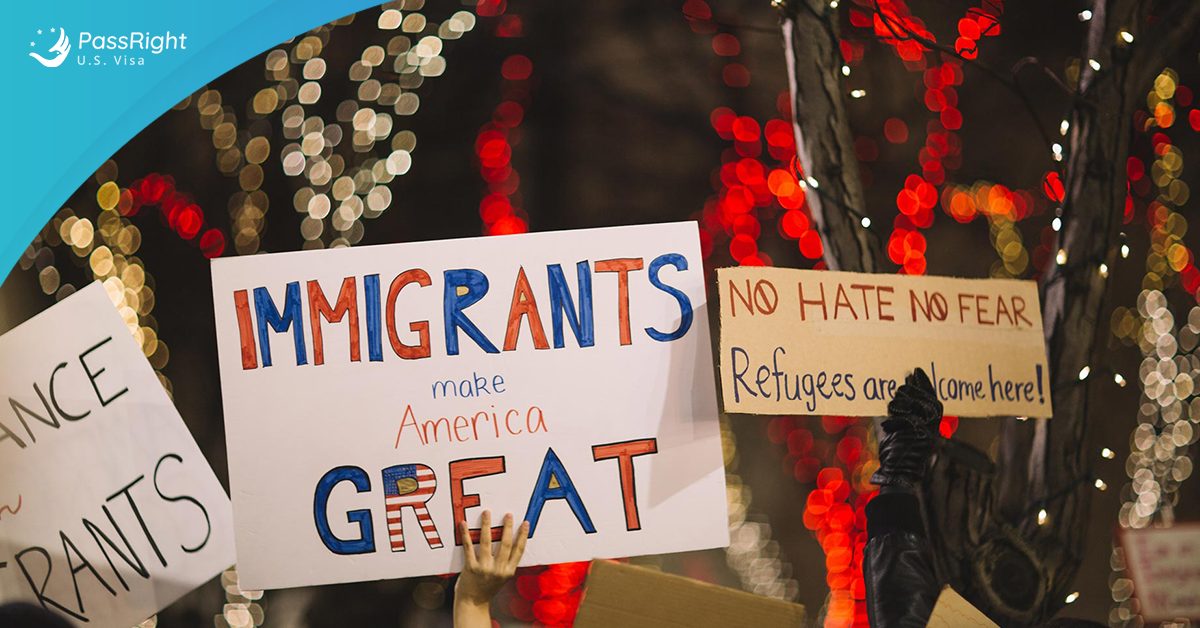 Why the U.S. requires foreign talent in 2021