When we talk about the increased number of Rfe’s – there is no straightforward answer to that question. We might suspect that the main reason of the increased number of RFEs issued for the H1B petition is connected with higher scrutiny of the USCIS which relates to President Trump’s policy memorandum that relates to his agenda of “America First”. This policy and employers approach of “overusing H1B system” by offering foreign nationals the lowest positions that can qualify for the H1B result in the increased number of RFEs. To give you an example, the employer that can offer the position of market research analyst or the marketing manager will normally choose the option of the market research analyst as the minimum salary requirements are much lower than for the marketing manager.

USCIS  wants to make sure that the positions offered are really specialty occupation-degree positions and that the foreign national that applies for the specific position has both needed education and experience. Thus, they carefully review the scope of duties & job title, salary vs. foreign national’s education and experience. During the 2017 Cap Year, the USCIS focused on the wage offered stating that level I (one) wage does not necessitate that the occupation is a specialty occupation for H-1B purposes.

However, employees still want to use the lowest salary. This, unfortunately, results in RFEs and denials. It is extremely important to explain to the petitioning company and foreign nations that we need to offer proper salary, provide sufficient and adequate evidence to substantiate that the position was a specialty occupation to win the petition.

In terms of implications for the employer and employees – we believe that the biggest one is that we need to be very patient in terms of start date. Rfes’ prolongs the process which is already very long. This is already a huge impact on employers and employees as they are simply worried if it makes sense to file for this petition.

The level of scrutiny is already very high. It’s hard to predict how the 2019 H1B season will look like. Form the past we know that H1B processes are very dynamic. We are prepared for more rigorous approach of the officers, however, on the other hand, we are also very optimistic based on the latest post of President Trump where he says “We want to encourage talented and highly skilled people to pursue career options in the US”.

What is the status of h-4 ead workers and how/when do we expect that to change?

This is a very interesting question. To date, the H-4 EAD remains in effect. Although President Trump is pushing for his proposal to end EAD for H-4 derivative Beneficiaries. Since his proposals, a large number of immigrant advocates have filed suit to contest this unfair proposal. The lawsuit is before the court and the court is yet to decide on the matter. On the other hand President’s Trump statement “H1B holders in the United State can rest assured that changes are soon coming which will bring both simplicity and certainty to your stay including a potential path to citizenship” sound very promising. However, there has been no specific information released on how the situation will change and how the process will look like. We have to wait for the official information.

What will the impact be on employers, employees, US economy etc?

If the EAD cards will be canceled for H-4 visa holder, this lead to an economic downturn as most large tech companies are dependent on foreign talent. Companies such as Facebook, Google, Amazon, etc.. have employees whose families are already benefiting from the H-4 EAD and if it’s taken away, these foreign talents may choose to immigrate to another country who may welcome them such as Canada, UK and Australia.

What is the overall sentiment towards skilled workers from India?

The Trump administration’s sentiment is that the number of people coming in from India must be limited to the topmost talented. However, this is not feasible since there is a large portion of the job market that requires all sets of education, experience, and talent and it may not be contained to just a few.

Who stands to gain the most and who loses the most in the Trump era?

Historically, big corporate giants such as the silicon valley tech companies had both the financial advantage and political backings to file thousands of H-1Bs in order to gain the system. Today, those corporate giants are still using the same tactics, however, due to the stricter implementation of the “America First” these companies do not have the same amount of approvals as it was in the past. In this sense, in the President Trump era they lose. Who wins? All skilled employees, talents that do not depend on H1B petitions and apply for the O-1 visa. They do it because they believe in themselves and they are not afraid of identifying themselves as experts in their field. O-1 visa is not only for people who won Nobel prize. There is also no lottery and the visa processing time is much shorter.

Answers were contributed by the PassRight team. 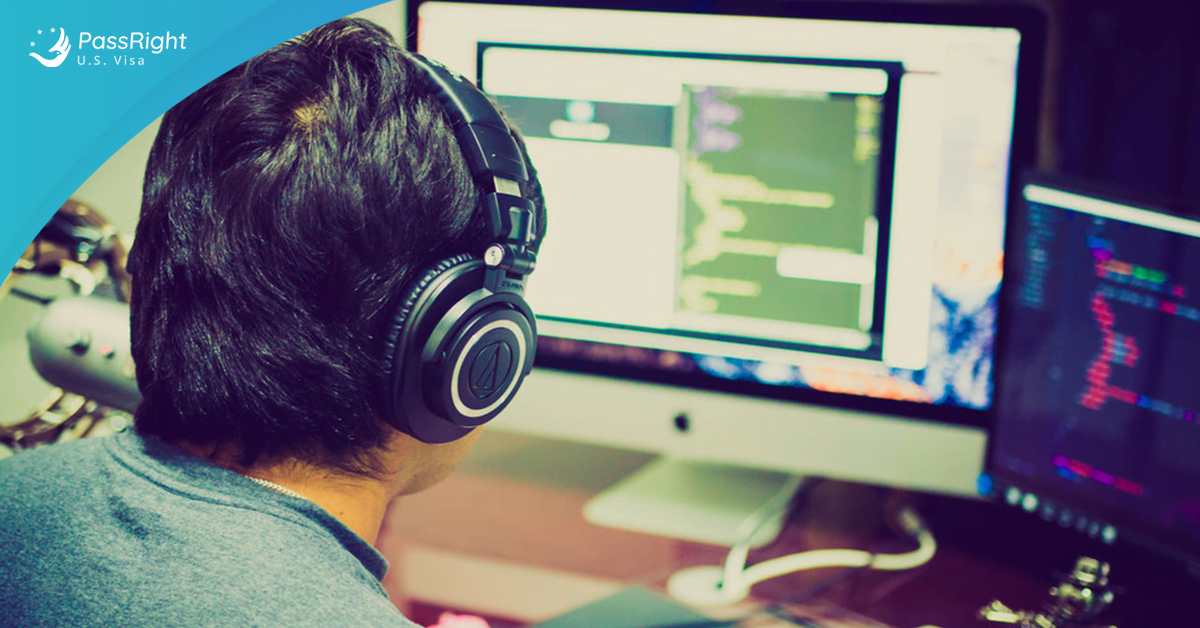 Computer Programmers May No Longer Be Eligible for H-1B Visas

AisenForce as an adaptation to disruptive changes